Tommy and Kevin are making superb progress.  They had 3 super strong days climbing all the way through pitch 10.  The awesome part about their progress is that they are still feeling great.  Tommy told me last night that it's the best he's ever felt at this point on the wall and his skin is holding up well (which has always been an issue in the past).  Their rest day yesterday was timed perfectly with high winds and cold temps.


Today's business was pitch 11 (5.13c) and 12 (5.14b).  I was really curious what was going to happen today.  Pitch 12 is the pitch that gets their toes wet before they dive in to the crux pitches just ahead, and it has been a bit of a struggle in the past.  Tommy just called a couple hours ago with amazing news that he and Kevin both sent pitch 12.  On their first push attempt in 2010 it took Tommy 5 tries to finish this pitch and Kevin was never able to red point it.

Here's a little excerpt from the blog in 2010 from their pitch 12 attempt:

Waiting for them was pitch 12, which follows a left facing dihedral up until it kind of disappears and then it looks to be like traversing face climbing towards the end. Tommy commented that the first 30 feet is full of pumpy moves and the rest is very technical. He said the feet are terrible and no matter what you do they always have a high risk of slipping. By 10pm last night the boys had given the pitch 4 and 5 burns EACH before Tommy finally pulled through and got it. I believe Kevin's last burn was his fifth try with no success for that night.

Tommy's second push attempt in 2011 was just as nerve wracking on pitch 12 and took as many tries if not more.  That was the year I was up there belaying him and it was heartbreaking...he would get so close to the end and his feet would slip.  After a full on battle he did make it through that year.

The fact the guys made it through pitch 12 so quickly is huge!!!  This means tomorrow they will warm up with pitch 13 (5.12d) and then meet the moment and do battle with pitch 14 (5.14+).  Tommy said tonight that he thinks pitch 14 is probably the hardest pitch of the whole route.  This was the pitch that after 6 years of trying it over and over again Tommy finally red pointed this year and Kevin was painfully close as well.  So let's hope they have their beta down, are feeling strong, get primo conditions, the stars align and they can start out 2015 right with a team send of pitch 14!!

Keep sending the love to these guys!!!  Happy New Year!

Day 1 of the Dawn Wall Push

My phone rang at 2:15pm today.  “We’re ready to blast and I just thought I’d call and let you know.”  I could hear the focus and excitement in Tommy's voice.

Tommy and Kevin started up the Dawn Wall today for the last time of the season and maybe the last time ever.  Hopefully the next time they will have solid ground under their feet will be when they reach the top of El Capitan, which could take them 2+ weeks.

They made it through pitches 1-5 solidly today, and will put in another big day tomorrow, ideally climbing through pitch 9.  Tommy said the weather is looking great with cool temps hopefully allowing them to climb in the sun.

It's been a long journey, and I think we are all ready to see Tommy and Kevin finish this thing.  Send your good vibes to the guys as they battle their way up the 32 pitches of up to 5.14+ climbing.

Wishing you all the best this holiday season and amazing adventures in 2015!!
Cheers!
Tommy, Becca and Fitz 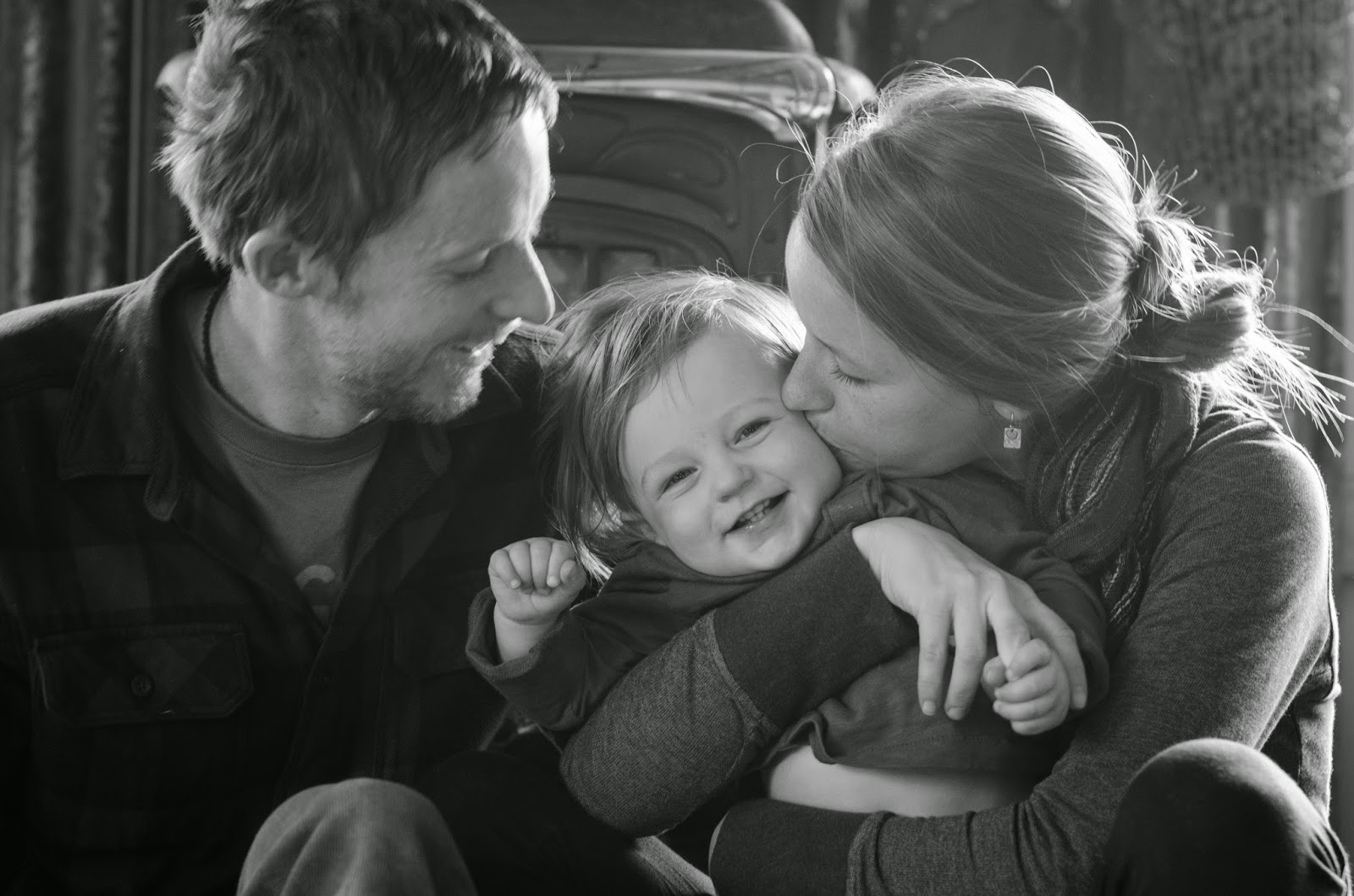 If you're looking for ideas on how to layer your little one for their outdoor adventures, check out this guest post I wrote for Patagonia's Cleanest Line Blog.  I wrote it for fall layering from our recent time in Yosemite Valley.  If anyone is interested I'll put together our winter systems, too!

Tommy is a professional rock climber, I take photos and keep Tommy and Fitz alive and well, and Fitz just might be the cutest kid ever (totally unbiased opinion). Tommy and I met at the end of 2010. We became fast friends and after 6 months of friendship he invited me to his favorite playground, Yosemite National Park and revealed to me that I “intoxicated” him (what a romantic). We knew there was something special between us after 10 pitches of climbing up The Freeblast on El Capitan. Just 13 months later we vowed to be each other’s forever and life hasn’t slowed down since. We’ve been bouldering in South Africa, crack climbing in Indian Creek, big walling on El Capitan, exploring unclimbed domes in China, been blown around down in Patagonia, and wandered around Europe. Our biggest trip yet has been adding our son to the mix. Fitz was born April 7, 2013 and has been dragged along on our somewhat unconventional journey. We hope to instill in him a love for adventure and life and open his mind to the world around us. Follow along with us as we navigate making our own path through life.
For Tommy's website: www.tommycaldwell.com